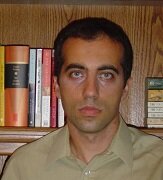 Dr. Giosan has more than 14 years of clinical research experience, out of which 7 years at an Ivy League institution (Cornell University), where he was a faculty member in the Department of Psychiatry between 2003 and 2010. The Department of Psychiatry at the Weill Medical School of Cornell University is ranked on the 1st place in New York State and the 4th place in the United States by the U.S. News & World Report.

Dr. Giosan has an extensive publication list including clinical research papers on mood and anxiety disorders and has incorporated technology, such as Virtual Reality, in his past work. Dr. Giosan’s Cumulative Impact Factor Points is 38.5 and his academic work has been cited in more than 100 peer-reviewed publications. Dr. Giosan has been involved in many research grants; related to the current proposal, Dr. Giosan is currently the Principal Investigator in a Randomized Clinical Trial testing the efficacy of Cognitive Evolutionary Therapy for Depression.